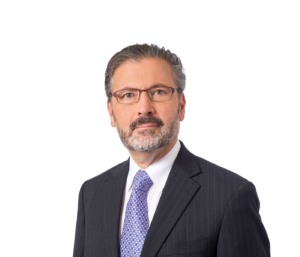 One might think that the long-established Fair Labor Standards Act (FLSA), which governs minimum wages and overtime, would be easily understood by employers today. After all, it turned 80 years old in 2018.

However, an uptick over the past few years in FLSA wage and hour lawsuits continues to prove that employers aren’t paying the necessary attention to the FLSA to remain compliant.

While 2018 data are not yet available, United States Courts annual statistics indicate that from 2010 through 2017, the pace of new FLSA cases being filed is increasing, although not always in a strictly linear fashion.

To demonstrate the sheer volume of cases as compared to years past, in 1990, the federal district courts only reported 1,257 FLSA cases filed across all U.S. district courts that year. In 2000, the number increased to 1,935. However, since 2012, that number has been consistently in the range of 7,500 to 8,781 new FLSA cases filed each year, a seven- to eight-fold increase over years past. (Anecdotally, any lawyer who reads the daily case filing reports from local courts knows that rarely does a week go by without several new FLSA cases filed against Northeast Ohio employers.)

As basic background, the FLSA provides for a federal minimum wage for employees and requires overtime premium pay of one and one-half times an employee’s regular rate of pay for all hours worked over 40 hours in a workweek. Additionally, there are certain exemptions to the minimum wage and overtime requirements of the FLSA for employees working in certain kinds of jobs.

In Ohio, the Ohio Minimum Fair Wage Standards Act (OMFWSA) mirrors the FLSA in many ways, but provides for a higher minimum wage than the FLSA: $8.55 per hour in 2019, as compared to the FLSA’s current $7.25 per hour. Additionally, the OMFWSA provides some harsher penalties than the FLSA. While the FLSA provides for “liquidated” or double damages for violations of the statute, certain violations of the OMFWSA, such as the failure to pay the Ohio minimum wage, allow for triple damages. Both the FLSA and OMFWSA permit a prevailing plaintiff to recover his/her attorneys’ fees in bringing an action against an employer.

Although failure to correctly pay overtime and improper classifications of individuals continue to be subjects of FLSA lawsuits, some additional trends have emerged.

For restaurants, one of the more heavily FLSA-regulated industries, employers should be prepared for lawsuits alleging unlawful tip-pooling arrangements, failure to provide a tip credit notice to tipped employees for whom a tip credit is taken against minimum wage, and wage deductions from employees making minimum or below-minimum hourly wage with a tip credit.

In other sectors, lawsuits alleging failure to pay employees for certain preliminary and postliminary activities have been another trend. In the manufacturing setting, this can include donning and doffing personal protective equipment necessary to perform primary job duties. For call-center employees and other office workers, this can include failure to pay for time spent logging into various software programs prior to clocking in for the day.

As new FLSA case filings remain consistently high, employers must not only make sure they are in compliance with all existing laws and regulations, they must also keep up to date with new Department of Labor guidance.

Having clear, compliant policies for employee timekeeping and setting up procedures for employees to voice complaints regarding pay is just the minimum. Employers should have an outside lawyer review wage and hour policies, practices and employee classifications to confirm they are in compliance with all applicable wage and hour laws, including the duty to maintain accurate wage and hour records.

Having an attorney review and provide guidance on wage and hour practices is helpful for several reasons. Employers are not only more likely to be in compliance with applicable laws, but the ability to indicate that an attorney has reviewed and opined on a company’s wage and hour practices is an important factor for courts in determining whether a violation of the FLSA was “willful,” thereby invoking the longer three-year statute of limitations, instead of the standard two-year statute of limitations.

Although some insurance policies cover defense costs, liability coverage for FLSA and related state-law claims is usually excluded from insurance policies. Therefore, employers are often required to pay the above damages and attorneys’ fees out of pocket if a violation is proven or a settlement reached.

Rina Russo is an attorney with Walter Haverfield who focuses her practice on labor and employment law. She can be reached at 216-928-2928 or at rrusso@walterhav.com.

Mark Fusco is an attorney with Walter Haverfield who focuses his practice on litigation. He can be reach at 216-619-7839 or at mfusco@walterhav.com.