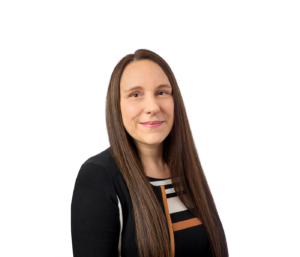 As Ohio medical marijuana dispensaries begin to open, a new medication with marijuana plant derivatives, Epidiolex, is causing some confusion for Ohio school districts. Epidiolex is a cannabidiol oral solution medication for the treatment of seizures associated with Lennox-Gastaut syndrome or Dravet syndrome. This uncharted territory now leaves school districts to interpret how to address parental requests for the administration of Epidiolex and how it differs from the other cannabis plant medications.

Most significantly, Epidiolex has been approved by the Federal Drug Administration. The FDA’s placement of Epidiolex on Schedule V of the Controlled Substances Act makes it distinct from both medical marijuana and CBD oil in Ohio. Even if the marijuana product is properly obtained through recommendation by a registered doctor and dispensary, school districts in Ohio are currently unable to legally administer medical marijuana or CBD oil to a student. Primarily, Ohio’s medical marijuana laws do not accommodate dosing by school personnel, and federal law and Ohio’s drug-free school zone law can still be interpreted as prohibiting the use and possession of medical marijuana in schools.

While the Ohio State Board of Pharmacy generally treats all marijuana products and derivatives the same, it has expressly identified Epidiolex as distinct. The Ohio State Board of Pharmacy has specified that “[e]ffective September 27, 2018, the Drug Enforcement Administration (DEA) placed Epidiolex in Schedule V. Epidiolex is a drug that contains cannabidiol (CBD), a chemical constituent of the cannabis plant (marijuana). Per ORC 3719.43, Epidiolex is considered legal in Ohio as a Schedule V controlled substance.” The DEA has also indicated that “Marijuana and CBD derived from marijuana remain against the law, except for the limited circumstances that it has been determined there is a medically approved benefit. In those instances, such as here, the drug will be made appropriately available to the public for medical use.”

These features make Epidiolex divergent from medical marijuana in Ohio. As school districts address parental requests for school personnel administration to a student, it is imperative that the district understand that Epidiolex is FDA-approved and should not simply be grouped with medical marijuana for administration analysis. If a physician orders its administration, it is advisable that school districts treat Epidiolex as all other medications under Board Policy and continue to seek out legal counsel as the cannabis landscape evolves.

Lisa Woloszynek is an attorney at Walter | Haverfield who focuses her practice on education law. She can be reached at lwoloszynek@walterhav.com and at 216-619-7835.

Print / Save to PDF
Trending Topics: A look at 3 key legal issues making waves within the commercial...

The Business of Patents
Scroll to top