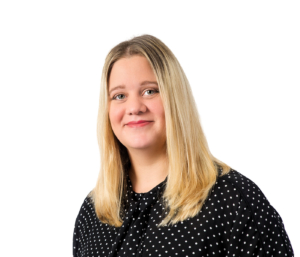 While questions remain about student use of medical marijuana in Ohio schools, a California administrative law judge (ALJ) ruled that a kindergartner be allowed to bring cannabis oil to school for use as needed.

The ALJ made the ruling in September, which included a directive for the school district to provide a one-on-one nurse for the student to administer the oil. The young recipient has Dravet Syndrome, a severe form of pediatric epilepsy.

Dravet Syndrome causes unpredictable, life-threatening seizures, which can be controlled with THC oil (a form of cannabis oil) shortly after a seizure begins. The student was allowed to take cannabis oil on the bus and to school while attending a private preschool, which was funded by the Rincon Valley Union Elementary School District, located in Santa Rosa, California.

A nurse for the student at the preschool administered the cannabis oil in the event of a seizure. However, when the student transitioned to kindergarten, the district prohibited the oil both on the bus and on school district property, deeming it an illegal substance.

The student’s Individualized Education Plan (IEP) team determined that home instruction constituted the student’s Least Restrictive Environment (LRE) in order to legally allow her access to the cannabis oil. The student’s parents disputed the ruling and filed a due process request under the Individuals with Disabilities Education Act (IDEA).

At the hearing, the school district argued that both federal and state law prohibited the student from bringing cannabis oil to school for any purposes. Citing the federal Drug-Free Workplace Act of 1988, the district argued that allowing cannabis oil on campus jeopardized its ability to receive federal funding because it would no longer be considered a drug-free campus.

The judge found the district’s argument unpersuasive. Citing California’s Compassionate Use Act, which allows for use of medical marijuana, the judge determined that state law allowed the student’s use of cannabis oil at school and on the bus, as needed.

In deciding that home instruction was not the student’s LRE, the ALJ’s decision noted that she demonstrated significant social and academic growth while in preschool. District witnesses at the hearing confirmed the student’s progress and argued that, but for the legality issue with her cannabis oil, the IEP team would have agreed that she attend kindergarten at the public elementary school.

Print / Save to PDF
Ohio Political Subdivisions Must Adopt Credit Card Use Policies by February... School Districts: Protect Your Tax Base
Scroll to top