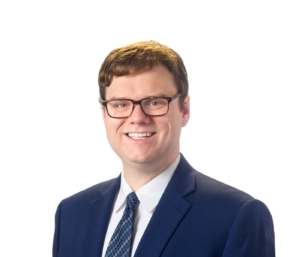 On Sunday, December 27, 2020, despite voicing initial criticisms of the act, President Trump signed into law the Consolidated Appropriations Act of 2021 (the “Act”). While the Act covers a variety of different fields, it provides much needed clarification, as well as certain expansions, to the Paycheck Protection Program (“PPP”), the immensely popular loan program for struggling small businesses enacted under the Coronavirus Aid, Relief and Economic Security Act back in March of 2020 (“CARES Act”). This alert provides a brief high-level overview of language within the Act that modifies and affects the PPP.

Additional Funding to the PPP and Extension on Deadline to Apply

The Act allocates $284 billion to the U.S. Small Business Association (SBA) in order to facilitate new PPP loans. Prospective PPP borrowers now have until March 31, 2021 to apply for a PPP loan. The SBA has 10 days from December 27, 2020 (the date upon which the President signed the Act into law) to establish any new regulations concerning the administration of this new PPP funding.

Allows Certain Businesses to Apply for a Second PPP Loan

In addition, while most borrowers will only be eligible for a loan of up to 2.5x their average monthly payroll, borrowers within the accommodation and food services industries will be eligible to receive a second round of PPP funding of up to 3.5x their monthly average payroll (still capped at $2 million per borrower).

Choice of Covered Period and Expansion to Eligible Expenses

The “covered period” is the time allotted for borrowers to spend PPP loan proceeds on qualified expenses for purposes of forgiveness. The Act gives borrowers the option to choose a “covered period” of 8 or 24 weeks. These options are the same as they were in the first round of PPP funding.

Also similar to the first round of PPP funding, costs eligible for forgiveness include payroll, rent, and certain mortgage, interest, and utility expenses. However, the Act now expands the definition of “eligible expenses” to include supplier costs, covered worker protection and facility modification expenditures (including PPE), as well as certain operating costs, such as software and cloud computing services and accounting needs.

The Act also officially deems business expenses paid with forgiven PPP loans as tax-deductible, finally putting to bed the argument that has raged on ever since the passage of the CARES Act. While the CARES Act excluded PPP loan forgiveness from gross income, it did not specifically address whether the expenses used to achieve that loan forgiveness would continue to be deductible, even though they otherwise would be deductible. Guidance from both the IRS and the Treasury Department subsequently came out affirmatively stating that such expenses would not be tax deductible. However, experts argued that by passing the CARES Act, Congress intended that these business expenses would be tax deductible. The clarification regarding tax deductions comes as a welcome relief to many PPP borrowers who were uncertain about the deductibility of these expenses.

The Act also expanded and clarified what types of borrowers are eligible for PPP loans. The Act grants eligibility to Sec. 501(c)(6) organizations, so long as they have a) less than 300 employees, b) do not receive more than 15% of receipts from lobbying, c) the lobbying activities do not comprise more than 15% of total activities of the entity and d) the cost of lobbying activities did not exceed $1,000,000 during the most recent tax year that ended prior to February 15, 2020.

In addition, the following types of borrowers have received eligibility rights for the second round of PPP funding:

If a borrower is applying for forgiveness for a PPP loan of less than $150,000, the borrower only needs to make a certification of the change in their gross receipts in order to apply for the loan. The SBA will provide such certification no later than 24 days after December 27, 2020. The certification will be no more than one page in length and will verify the loan recipient’s eligibility to their lender. Simply requiring a certification, rather than supporting documentation, will likely expedite the forgiveness process for smaller PPP loans.

Walter Haverfield is monitoring the guidance concerning this program closely and is prepared to assist businesses navigate these important, yet complex issues. If you have additional questions, please reach out to us at questions@walterhav.com. We are happy to help.

Scott A. Fishman is an associate at Walter |Haverfield who focuses his practice on business services. He can be reached at sfishman@walterhav.com or at 216-619-7859.