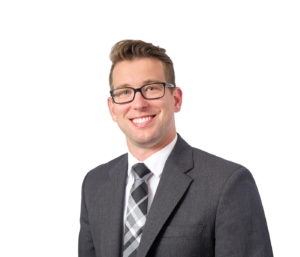 Smart contracts are becoming a very viable option today as blockchain technology emerges in the marketplace.

In simple terms, a smart contract is a computer program with conditions encoded into its language. Once agreed upon, it is placed on blockchain – a digital ledger that records transactions in cryptography. Each transaction is recorded chronologically and publicly. Blockchain is highly resistant to modification, so smart contracts allow trackable, irreversible transactions without third-party intermediaries.

In a stock sale, for example, the parties typically hire an escrow agent, an objective third-party who is in place to foster trust between the buyer and seller. In a traditional transaction, the seller delivers share certificates to the agent, and the buyer pays money to the agent. When both parties have satisfied all the conditions, which were previously made in writing, the escrow agent releases the shares to the buyer and the money to the seller. The transaction is complete. The process requires redundant communications, a paper contract and a lot of back and forth.

A smart contract eliminates redundancies. Terms are still negotiated in contract form, but once they are complete, they are coded into a block and placed on blockchain. For instance, a blockchain transaction might read: “When the buyer pays $100, the buyer receives ownership of the shares.” Then, when the buyer pays, he or she automatically receives the certificates without third-party interaction and signed contracts.

Smart contracts are encrypted and decentralized. They are distributed among many computers, making them indisputable. The process increases trust among all parties because no single party is in control. The transactions are trackable and public, making them more secure than paper tucked away in a file cabinet.

However, such contracts do have their disadvantages. Because they are fairly new, the legalities remain uncertain. There is no guarantee that eliminating intermediaries will lower costs. Parties still need to hire qualified coders to enter contracts on the blockchain. And, human error can present problems from coding mistakes.

Smart contracts combine the security of blockchain technology with the efficiency of online transactions. There are various benefits, but it is unclear how willing people will be to adopt the new technology.