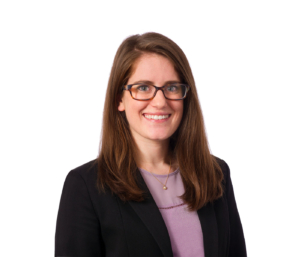 On November 17, 2021, the United States Patent and Trademark Office (USPTO) finalized the long-awaited Trademark Modernization Act of 2020 (“TMA”). President Trump enacted the TMA on December 27, 2020 as part of the COVID-19 Economic Relief Bill. The TMA provides third parties and trademark owners with new tools and procedures that are more expedient to challenge trademark registrations and applications. Most of the TMA’s newly implemented procedures and amendments to the Trademark Act of 1946 (the “Lanham Act”) will go into effect on December 18, 2021, while the flexible response times to Office Actions will not go into effect until December 1, 2022. Furthermore, the Trademark Trial and Appeal Board (TTAB) will not begin accepting petitions for instituting expungement and reexamination proceedings until December 27, 2021.

The new expungement proceedings permit any party to file a petition to cancel all of the goods and/or services in a registration based on the claim that the goods and/or services were never used in commerce. A party can request to cancel a registration between three and ten years after the registration date. However, from December 27, 2021 until December 27, 2023, a party may institute an expungement proceeding against any registration that is at least three years old.  The USPTO has yet to establish a limit to the number of petitions that can be filed against a single registration. However, once use of the mark is established in a prior proceeding, the registrant will not be subject to another non-use proceeding for the same registration.

The new reexamination proceedings permit a party to file a petition for cancellation for some or all of the goods and/or services of a use-based registration within five years after registration for a $400.00 per class USPTO filing fee. A party may file a reexamination proceeding based on a claim that the goods and/or services were (1) not in use on the filing date of the application, or (2) not in use prior to the deadline to file an allegation of use in commerce (applicable to applications initially filed based on intent to use).

In light of the new ex parte proceedings, brand owners should be aware of the significant ramifications of not using all of their goods and/or services registered with their mark in commerce. Such ramifications could result in the cancellation of an entire registration.

The TMA has brought with it significant amendments to the current response time periods to Office Actions, which will not go into effect until December 1, 2022. Prior to the TMA, the USPTO gave an applicant six (6) months to file a response to an Office Action regardless of the application’s filing basis. Under the TMA, applicants will need to be mindful of the response period set forth in each Office Action. Unless noted otherwise, an applicant will have to respond to an Office Action within three (3) months from the issued date. However, this response time may be extended for another three (3) months (for a maximum of 6 months) upon the payment of a $125.00 fee. If the request for extension of time to respond is not filed prior to the response deadline, then the application will be abandoned. As a result of an international agreement, the response time under the Madrid Protocol-based applications has not changed and remains at six months without an extension option.

Prior to the TMA, the process for submitting a letter of protest was informal, and as a result, it was underutilized. In response, the TMA establishes a two-month response deadline for the Director to review a third party’s letter of protest. The Director’s decision to provide the letter of protest and corresponding evidence to the examining attorney is a final decision and therefore non-reviewable.

In light of the new proceedings, trademark owners and practitioners should proactively review their trademark registrations to ensure the goods and/or services listed are in actual use. Otherwise, the registrations may be susceptible to cancellation, in whole, or in part. Additionally, trademark owners should make sure the current owner’s address and attorney of record are up to date to ensure a proper response time to protect their rights should the need arise. If you are planning on filing a new trademark application or have questions regarding your existing registrations and the TMA, please contact our attorneys in our Intellectual Property Law practice at Walter | Haverfield LLP.

Kristina is an associate in the Walter | Haverfield Intellectual Property Group. She can be reached at 216.658.6231 or at kschiavone@walterhav.com.