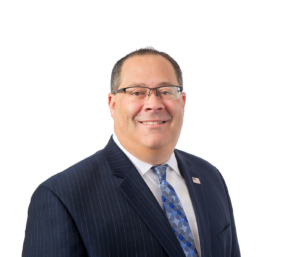 Like many other states, Ohio has recently been experiencing a significant uptick in community spread of COVID-19. To combat this, Ohio’s Governor Mike DeWine, in conjunction with the Director of the Ohio Department of Health, has announced a series of revised public health orders. Most recently, the Director issued a revised order that limits and/or prohibits mass gatherings in the state, with exceptions.

The new order also places specific restrictions on wedding ceremonies and funeral observances (though both are explicitly permitted to continue). For example, the order prohibits socializing or other activities occurring “in open congregate areas.” It also bans dancing, except for “traditional wedding reception events such as first dance.” No more than 10 people, all of whom must be from the same household, can be seated at the same table, and guests must remain seated at all times. Self-serve buffets and bar areas are forbidden. Unless actively eating or drinking, masks are to be worn at all times.

The new order also does not apply to religious observances or to any First Amendment protected speech. The latter includes “petition or referendum circulators and any activity by the Media.” Finally, the new order does not supersede other specific Department of Health orders relating to restaurants, bars, banquet and catering facilities.

Violation of an Ohio Department of Health order is a second-degree misdemeanor, punishable by up to 90 days in jail and a fine not to exceed $750.

Local communities are also stepping up their own limits on mass gatherings, in some cases in a manner more restrictive than the State. For example, at its meeting on Tuesday, November 16, 2020, the Akron City Council adopted a Private Gathering Ordinance. Effective immediately, it prohibits gatherings of more than 6 persons who do not live in the same household. Small gatherings of less than 6 persons not from the same household are permitted only when masks are worn if congregating indoors. (Exceptions are provided for those with a medical condition, while eating, for persons under age 10, and if outside while maintaining 6-foot social distancing.)

Violations of the Akron ordinance may result in a civil penalty of $250, though the ordinance stresses that “enforcement will focus on education and voluntary compliance whenever possible.” The ordinance expires after 30 days, unless further extended by the Akron City Council.

Similar local bans on mass gatherings are in place in Oxford, Kent, Cuyahoga County, and elsewhere.

As Thanksgiving rapidly approaches, individuals and businesses who are contemplating hosting traditional holiday dinners should carefully review and comply with all applicable state and local restrictions on mass gatherings.

If you have questions, please reach out to us here. We are happy to help.

Darrell A. Clay is a partner at  Walter | Haverfield who focuses his practice on labor and employment and litigation. He can be reached at dclay@walterhav.com or at 216.928.2896.

Print / Save to PDF
Ohio Updates Requirements for Mask-Wearing Order