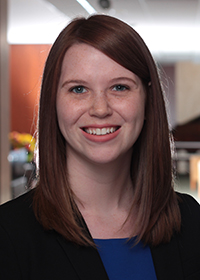 The program was established by a presidential memorandum and signed by President Trump on October 25, 2017. Two weeks prior, self-declared drone stakeholders including Amazon, FedEx and GoPro sent a letter to the president urging him to create such a program. Many American companies experiment with innovative drone technology overseas and the memorandum points to America’s outdated regulatory framework as the reason.

The program intends to encourage innovation by permitting state and local governments to determine which drone activities may occur within their specific jurisdictions. If the state or local government’s proposed operations are approved by the U.S. Department of Transportation (DOT), then the jurisdiction (which could be as large as an entire state) will become a “drone innovation zone.”

Activities that may be permitted in an innovation zone include flights over people as well as flights that take place at night. They also include utilizing a drone beyond the pilot’s visual line of sight, flying it as high as 400 feet above ground level, and using it for package delivery. The DOT and the White House both issued statements encouraging local governments eager to participate in the program to work with a private sector partner in developing their proposal.

The DOT is required to launch the program no later than January 22, 2018. Proposals from state and local governments are to be evaluated on multiple factors, including:

The DOT must accept at least five proposals by July 22, 2018, but is not limited in the number of proposals it may select. State and local governments chosen to participate will be required to enter into agreements with the DOT regarding their drone innovation zone.

The program requires that the Federal Aviation Administration (FAA) issue waivers from federal regulations as necessary for the approved drone innovation zone. The issuance of waivers is intended to further the federal government’s goal of using state and local governments as a laboratory for the development of future federal guidelines and regulations.

Local governments interested in participating in the program, which is set to terminate October 25, 2020 or later, at the discretion of the DOT, should keep an eye out for additional guidance and begin identifying potential partners. Ohio has not yet indicated if it intends to submit a proposal to become a state-wide innovation zone, but such a proposal could significantly impact the state’s communities.

State and local governments may submit proposals to join the program for up to one year before the program is set to end.

Jessica Trivisonno is an attorney in our Public Law group. She can be reached at jtrivisonno@walterhav.com and 216.619.7870

Print / Save to PDF
Adviser: Trademarks are more valuable than ever Open to the public: The Trump administration’s impact on labor and employment...
Scroll to top