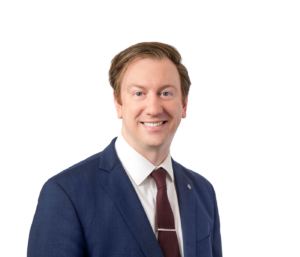 The ultimate fate of the Justice Center is still up in the air, currently being scrutinized by a small army of consultants, urban planners, and committees. From what we know, at least one proposal on the table calls for the demolition of the existing complex and replacement by a newer, shinier successor on the same premises. If the Justice Center is indeed destined for a complete reboot, there have never been more possibilities for what the next complex could look like. The next Justice Center can serve dual roles: both a functional and secure administration building and a sustainable, forward-thinking building that would enhance not only the surrounding area, but would drive down operating costs in an environmentally responsible manner. For the staff, the attorneys, and the citizens who come to the next Justice Center – in whatever form it takes – a better building benefits everyone. For Cleveland and Cuyahoga County, now is the time to seriously consider a LEED-certified Justice Center.

The United States Green Building Council (or USGBC) is a private, not-for-profit agency based out of Washington D.C.  The LEED rating system, which stands for Leadership in Energy and Environmental Design, is currently the largest green building certification program worldwide. Since its inception in 1992, the USGBC has been instrumental in advancing energy-efficient building designs and reducing the ecological footprint of new construction.  Originally, the LEED rating system only evaluated new construction. USGBC has since revised and expanded the LEED rating system to reflect emerging green building technologies, and now includes additional LEED ratings for Interior Design and Construction, Operations and Maintenance, and Residential projects. Prospective candidates earn points (out of 100 available points) by demonstrating a variety of best practices in their building’s design, operation, or construction.   LEED levels are Certified (40-49 points), Silver (50-59 points), Gold (60-79 points) and the highest level, Platinum (80+ points). Since 2002, the year the Nathaniel R. Jones Federal Building in Youngstown became the first LEED-certified building in Ohio, sustainable state, federal, and local buildings have been opening across the region. In Cleveland, both the Anthony J. Celebrezze Federal Building and the Howard M. Metzenbaum Courthouse have achieved LEED certification, the latter after extensive renovations in 2006.

The next Justice Center may have to replace the aging Jail I, constructed in 1976. But even LEED-certified prisons are not new, given that the federal Bureau of Prisons was one of the first federal agencies to embrace sustainable design as early as 2002 pursuant to Executive Order No. 13123. In 2006, FCI Butner Medium II in North Carolina (current residence of one Bernie Madoff, among others) became the world’s first LEED certified prison (LEED NC 2.1 Certified).

When BOP was conducting preliminary evaluations of the design for FCI Butner, the Bureau found that the increased efficiency would save substantial operating costs but would not reduce the safety and security of the facility. During construction, the facility sourced its building materials from local sources, rather than imported, keeping much of the economic benefit within the state. The DOJ now has a total of five LEED certified facilities in operation throughout the country. Likewise, the State of Washington opened the Coyote Ridge Correctional Center with a LEED certification in 2008, making it the world’s first LEED Gold certified prison.  The state reported that since then, the penitentiary uses 5.5 million fewer gallons of water than facilities of a similar size, and that energy efficient HVAC systems have reduced the prison’s energy consumption by 50 percent. These improvements save the state roughly $400,000 per year.

Green building certification does not automatically mean more expensive. A 2007 study by the UK architectural firm Davis Langdon found no significant difference between the average cost of a LEED-certified building versus traditional construction when compared to buildings of the same type and category. A similar whitepaper by the U.S. Government Services Agency  examined 22 sustainably-designed facilities built by the federal government and concluded that “on average, GSA’s sustainably designed buildings use less energy and water, emit less CO2 , cost less to maintain, and have occupants who are more satisfied than those working in typical buildings.”  Ultimately, green building designs lend less than 2% additional marginal costs, on average. Green building is a much better predictor of tangible improvements in building performance, and those improvements have considerable value: as much as 25% less energy use, 36% reduction in CO2 emissions, a 27% increase in occupant satisfaction, and an overall 19% lower aggregate operations cost, according to the GSA study. But these benefits are only maximized when a proposed building is conceived with sustainability in mind, rather than trying to add green features to a project late in the process.

Early planning for a sustainable building project is key, and even more so for a facility that has a mixed reputation in the community. The unique challenges for this type of project – a building complex that is secure yet accessible, as well as cost-effective, means that a “one size fits all” design approach is ill-suited to the needs of Cuyahoga County. A truly successful green building process has to ask questions that go beyond the project boundaries: what do citizens of Cuyahoga County see as the benefits and burdens of a green Justice Center, and how does local leadership ensure that participation from the community is given due weight? Right now, could design features like an on-site child care facility or greater access to public transportation increase the building’s social equity? All of these questions need answers before the first brick is laid. Most importantly, asking these questions early builds more flexibility into the overall design process and allows the planners to be intentional when it comes to the choices that will affect everyone.

Whether we notice it or not, the built environment where we work and devote our time plays a huge role in our lives. The increasing implementation of more sustainable public works projects underscores the growing synthesis between human needs, environmental concerns, and architecture. The design and thought that we put into the next Justice Center will shape the experiences of criminal defendants, courtroom staff, and the downtown business community that shares the location with the complex. The status quo when it comes to the future of the Justice Center is unsuited to a region that seeks to distance itself from an era of consent decrees and environmental discord. Sustainable buildings save money, create local jobs and lead by example. Cuyahoga County has a rare opportunity to make a replacement Justice Center an inflection point for the coming decades.

John Mills is an associate with Walter | Haverfield who focuses his practice on environmental law and litigation. He can be reached at jmills@walterhav.com or at 216-619-7852.

*This article also appeared in the October 2019 edition of the Cleveland Metropolitan Bar Journal (pg. 34).