The Winning Streak of the Walter | Haverfield Trial Team 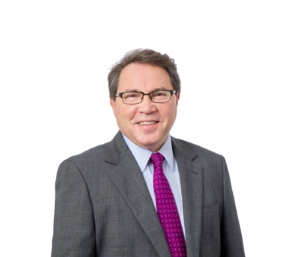 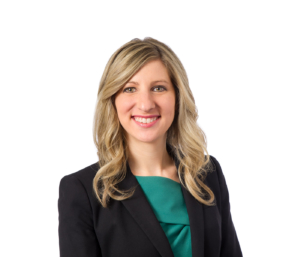 Two members of the Walter Haverfield Litigation group are earning widespread recognition for their hard work and legal talents after back-to-back victories across state lines. The trial team, led by attorneys John Schiller and Jamie Price, worked tirelessly to restore clients’ reputations and preserve their financial well-being and future in three separate cases.

At a bench trial in Des Moines, Iowa, an Iowa shareholder, who owned 50% of a company, sued two Ohio shareholders who owned the other half of the company. The case involved the defense of an alleged breach of fiduciary duty by the Ohio shareholders, Schiller and Price’s clients. However, as the facts bore out, the plaintiff had hijacked the company from their clients in an attempt to extort $1 million from them. Not only did the judge rule in their clients’ favor, he also awarded them equitable relief on their counterclaims, attorney fees, sanctions and punitive damages.

In a jury trial in Cleveland, Schiller and Price successfully defended a trustee of an ultra-high-net-worth family trust against claims that their client breached certain fiduciary duties by failing to properly oversee the management of trust assets. The plaintiffs’ claimed that Schiller and Price’s client allowed the investment manager, charged with overseeing the trust, to invest too heavily in precious metals and in particular, gold. The plaintiffs also sued the investment manager who successfully argued that a short statute of limitations applied, leaving their client as the principal target. Rather than succumb to demands for millions of dollars in alleged “damages,” their client chose to proceed to trial. During the first five days of trial before the jury, Schiller and Price demonstrated that the claims against their client were absolutely without merit. As a result of the vigorous cross examination of the primary plaintiff, plaintiffs’ counsel dismissed all claims against their client before they rested their case. This outcome completely vindicated the client.

Also in Cleveland, Schiller and Price defended the estate of a matriarch of a high-net-worth family against a claim of undue influence by two of her adult children. The plaintiffs claimed that their mother’s will and trust were the product of undue influence exerted by the youngest of her five children. Schiller and Price represented the estate of the matriarch, as well as the accused child and the two other adult siblings in their capacities as executors and trustees. With the help of other skilled lawyers hired by the individual defendants, Schiller and Price coordinated a strategic defense of the case based on the firm belief that the plaintiffs would not prevail at trial because no undue influence ever occurred. In an example of less is more, Schiller and Price allowed the witnesses for the plaintiffs to demonstrate that no undue influence had taken place. At the close of the plaintiffs’ case, Schiller moved the court for a directed verdict. Though rarely granted in a jury trial, the judge in this case agreed that the plaintiffs had not presented sufficient evidence on the substantial elements of their case for it to proceed further with the jury. Schiller’s Motion for a Directed Verdict was granted. This result, as well as the others, demonstrates the value of thorough preparation and effective lawyering.

John Schiller and Jamie Price are attorneys at Walter Haverfield who represent clients in complex business, shareholder, partnership, fiduciary, trust and estate, and contract disputes. Furthermore, Schiller is a member of the Million Dollar Advocates Forum, which only includes attorneys who have obtained a jury verdict in excess of $1 million. Schiller can be reached at jschiller@walterhav.com or at 216-928-2941. Price can be reached at jprice@walterhav.com or at 216-928-2931.