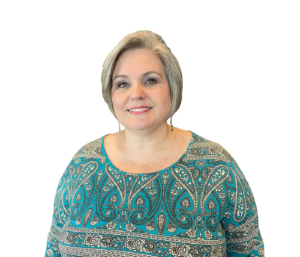 It was the spring of 1988 when Jo Ann Chapman, Walter |Haverfield’s Director of Administration and Human Resources, first heard about an open position at the firm. She had been working at a small law firm in Lorain, but shortly after interviewing, Chapman landed the gig at Walter | Haverfield as a personnel manager. That was 33 years ago.

“I couldn’t wait to make the jump to a larger law firm,” said Chapman. “I was thrilled to take the rapid into downtown Cleveland and be able to work in one of the most recognizable buildings in the area.”

Chapman first landed in the firm’s Tower City office before relocating to the current Cleveland office location just down the road, in the Galleria.

“Tower City was bustling back in the day,” she added. “I enjoyed being located in the center of all the action amongst other hard-working Clevelanders and busy storefronts.”

Chapman is a proud member of a small group of staff members who are still with Walter | Haverfield more than three decades later, and who were hired and trained among the firm’s co-founders, Paul Walter and Rusk Haverfield. Both died in 1992.

“They started out as business partners and ended up as close friends,” Chapman fondly recalls. “Today, the two would be proud that the firm’s main objective, providing excellent client service, is just as important to us now as it was back then.”

As the tale goes, Walter met Haverfield at their swearing-in ceremony held at the Ohio Bar Association in August of 1932. Haverfield insisted they practice law together after hearing high remarks about Walter.

“Haverfield was infamous for enjoying a cigar while working closely with internal staff on finance matters whereas Walter was the ‘original rainmaker’ for the firm. He relished being at the forefront of political and charitable issues within the community,” she added.

Chapman appreciates the professional development opportunities she has experienced at the firm as she has risen through the ranks, first starting as a manager, and now serving as a director. Her personal life has also greatly evolved since embarking on this journey. Over the years, Chapman has married and had multiple children – all of which were delivered on a Wednesday, following her last day in the office the previous Friday.

When asked to recount an important lesson the founders taught her many years ago, she responds without skipping a beat.

“Paul Walter and Rusk Haverfield instilled in me the ability to see how important each employee’s role is in running a successful firm,” added Chapman. “There are no small jobs. Each employee is essential, and we all work together to support the legal work being done here.”

Chapman hints that she is close to retirement and looks forward to a slower pace and spending more time in her garden.

“What I’ll eventually miss most about my job is all the people,” she explains. “Although office locations have come and gone, Walter | Haverfield’s high-caliber professionals have remained a constant.”

Since 1932, Walter | Haverfield attorneys have served as strategic counselors to private businesses, public entities and high-net-worth individuals, providing creative and customized solutions that deliver outstanding results at an exceptional value. Our track record has allowed us to sustain year-after-year growth. Walter | Haverfield has doubled its size in the past decade to become a top Ohio-based law firm. Today, our team of nearly 100 attorneys is focused primarily in the areas of business services, real estate, intellectual property, labor and employment, education, tax and wealth management, hospitality and liquor control, litigation and public law.