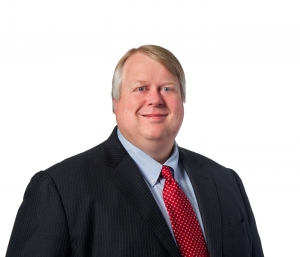 Following a grassroots campaign in which he championed positive change for the city of Willoughby Hills, Walter | Haverfield senior counsel G. Andrew Gardner is the newest mayor of the quaint east side Cleveland suburb.

Gardner, who was raised in Willoughby Hills, was sworn in January 1st, 2020 for a four-year term. He won the election with 52 percent of the vote, beating out two members of city council, both of whom had been in office for more than a decade.

“The race was a great experience, but also very humbling,” said Gardner, who practices real estate law at Walter | Haverfield’s Mayfield Heights office. “I had friends from grade school reaching out to me to share their support, which was so wonderful.”

Prior to becoming mayor, Gardner was president of the Lake County YMCA Board of Directors, chairperson of the Willoughby Hills Mayor’s Performance Audit Task Force and a member of two Willoughby Hills Charter Review Commissions, serving as chairperson of the 2015 Charter Review Commission. While serving as president of the YMCA’s Board, he was part of the team that structured the agreements and coordinated design and construction of the new Lake County YMCA West End branch, which is part of the Union Village campus in Willoughby, a multi-amenity complex that also includes a new city of Willoughby senior center, a new Willoughby South High School and the relocated Willoughby Middle School, both part of the Willoughby-Eastlake Schools.

“I knew I could bring my skills and a new perspective to the mayor’s office as I’ve been very involved with the Willoughby Hills community over the years in a variety of ways,” added Gardner. “Plus, I knew the voters were looking for a change, and I’m confident I can provide that change.”

Gardner succeeds Robert Weger as mayor, who did not seek re-election after 12 years in office. The mayor’s position is part-time and also includes the position of safety director. Gardner will continue to work full-time at Walter | Haverfield.

In his first 90 days, Gardner said he plans to start the process developing a strategic plan for the city, hire a law director, address staffing needs and re-instate WHISPER, the city’s program to provide aid to isolated senior citizens.

“It’s going to be exciting,” said Gardner. “There are going to be some new challenges, but overall I believe it will be both exciting and rewarding to serve the city’s residents for the next four years.”

Since 1932, Walter | Haverfield attorneys have served as strategic counselors to private businesses, public entities and high-net-worth individuals, providing creative and customized solutions that deliver outstanding results at an exceptional value. Our track record has allowed us to sustain year-after-year growth. Walter | Haverfield has more than doubled in the past decade to become one of Cleveland’s top ten law firms with additional offices located in Columbus, Mayfield Heights and Avon. Today, our team of 90 attorneys is focused primarily in the areas of business services, real estate, intellectual property, education, labor and employment, tax and wealth management, hospitality and liquor control law, litigation and public law.

Print / Save to PDF
More Than 20 Percent of Walter | Haverfield Attorneys Recognized by Prominent...