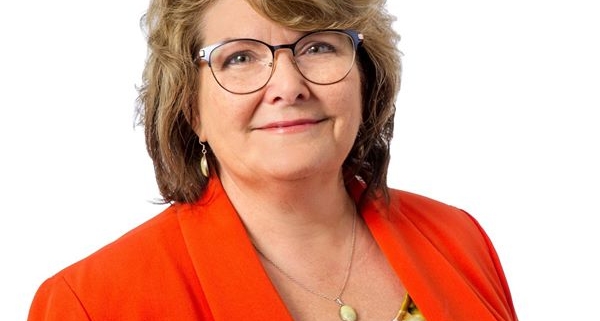 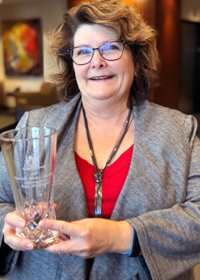 The Commercial Real Estate Women, Inc. of Cleveland (CREW) recently awarded Irene MacDougall the Deborah Rocker Klausner Leadership Award. MacDougall, a partner at Walter | Haverfield in the public and structured finance group, is the sole recipient of this 2017 award, which is granted annually.

MacDougall received the recognition on the basis of her professional excellence and integrity, her legal expertise and innovative skills, and her commitment to diversity in the commercial real estate industry.

“Irene’s exceptional talent and positive values embody the qualifications that our leadership award recognizes,” said Cecilia Hyun, president of CREW Cleveland. “We are proud to honor her for her many professional and personal accomplishments and contributions to the community.”

MacDougall’s award is named after the late Deborah Rocker Klausner, who was the founding president of CREW Cleveland in 1988.

MacDougall manages complex, multi-party finance and development transactions in real estate, healthcare lending and public finance. Her many accomplishments include her work as developer’s counsel on the first phase of the Flats East Bank project. That phase, which totaled $275 million, consisted of 33 sources of funds, which MacDougall managed. MacDougall’s success on the project earned her the National Impact Award from CREW Network in 2011.

Since then, Crain’s Cleveland Business named MacDougall an influential woman in finance. And Super Lawyers included her in its “Top 50 Women” as well as its “Top 25 Women-Cleveland Area” Ohio attorneys lists for 2018.

“I’m so grateful to be honored for the work I love to do,” said MacDougall. “And it gives me great joy to know that my efforts inspire the next generation of commercial real estate attorneys.”

MacDougall has been a member of CREW Cleveland for the past seven years and is a past president of the Cleveland chapter.