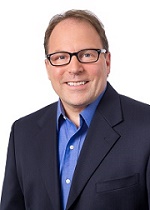 Once reserved for sailors, ex-cons and members of biker gangs, tattoos today adorn the arms, legs, necks, torsos and faces of more than 45 million Americans, roughly 13 percent of our nation’s population. The extraordinary proliferation of tattoos―and their elevation to art―has created a thought-provoking challenge for intellectual property attorneys.

A series of high-profile lawsuits has begun to measure the extent to which U.S. copyright law applies to tattoo art. One such lawsuit involves LeBron James’s tattoo artist. The Cleveland Heights-based artist is suing the makers of the “NBA 2K” video game series for copyright infringement. The artist claims that he holds the rights to James’s tattoos, and those of other basketball players he has inked. Those tattoos appear on computer-generated versions of the players in the games. The game makers apparently did not obtain permission to include the tattoos, and recently, a federal judge ruled that the artist can seek statutory damages related to the copyright violations.

The artist who designed and placed several tattoos on WWE wrestler Randy Orton is also suing 2K games, as well as WWE, in federal court. She alleges the companies used her copyrighted designs for commercial purposes and without her consent in a number of video games featuring Orton.

Both cases are ongoing.

But Are They Copyright Worthy?

A review of similar high-profile lawsuits, including one filed in 2011 by the tattooist responsible for Mike Tyson’s iconic face tattoo, does little to answer the question of whether tattoo art deserves copyright protection. S. Victor Whitmill sued Warner Bros. for copyright infringement after a character in the movie, The Hangover: Part II, woke up following a night of heavy drinking wearing a replica of Tyson’s unique tattoo. In court documents, Whitmill contended he “has never been asked for permission for, and has never consented to, the use, reproduction or creation of a derivative work based on his original tattoo.” Settled out of court under undisclosed terms, the case leaves many to ponder if U.S. copyright law can be successfully applied to tattoos, and if it does, who owns the rights to reproduce them.

According to 17 U.S.C. § 102, copyright protection extends to “original works of authorship fixed in any tangible medium of expression…from which they can be perceived, reproduced, or otherwise communicated.” Based on this definition, tattoos appear to meet copyright standards since they are in fact fixed in a tangible medium (the human body) and can easily be reproduced and communicated in photographs and digital media.

It is an opinion that the federal copyright office seems to share. In 2011, Tyson’s tattoo artist successfully received a registration for the design as artwork on a 3D object. In addition, Tyson signed a release indicating “all artwork, sketches and drawings related to his tattoo as well as any photographs of the tattoo are property of Paradox-Studio of Demographics,” the business entity under which Whitmill operated.

Sorting Out Ownership Before the Ink Dries

All of this leads to the question, who truly owns the tattoo on a client’s bicep? The artist or the person wearing it the rest of their lives?

Unlike the artist in Tyson’s case, most tattooists don’t utilize releases, primarily because their clients are not famous, and there is little to no chance the art will be replicated. However, for those who work with celebrities and professional athletes like LeBron James and Randy Orton, a release may be the best way for them to establish ownership and set clear limits on the commercial use of their work from the outset.

For the recipient of a tattoo, there are several factors to consider when determining if and how copyright protection may apply to their newly inked body art. For starters, if the art is an original design, a tattooist may choose to license the design for reproduction, or agree that the tattoo is the product of a work-for-hire engagement. That will mitigate the possibility of copyright infringement. Finally, tattoo wearers whose art is reproduced may seek protection from potential lawsuits under the fair use defense. That said, fair use is quite broadly defined, and therefore highly subject to interpretation by the courts―hardly a failsafe strategy.

Until case law catches up with the explosive popularity of tattoos, ink lovers with celebrity status would be well served to follow the lead of the NFL Players Association, which has recommended that all players protect themselves by requesting releases from artists every time they get a new tattoo. For the average Jane or Joe, a candid discussion with their tattooist on ownership before getting inked should suffice.

Jamie Pingor in an attorney at Walter | Haverfield and chair of the Intellectual Property team. He can be reached at jpingor@walterhav.com or at 216-928-2984.