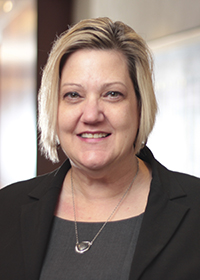 Although liquor permits in Ohio are issued by the state, a municipality has the right to request a hearing on the renewal of any permit within its borders. It can do so by objecting to the permit’s renewal as provided in Ohio Revised Code §4303.271. All liquor permits in Ohio, for the sale of beer and wine for carry-out (“C” permits), and for the sale of beer, wine and spirituous liquor for on-site consumption (“D” permits), are issued by the Ohio Division of Liquor Control. Each political subdivision (municipality, township or county) is assigned a specific number of permits that can be issued within the boundaries of that subdivision. This number is known as a quota. The permit quota is based on the population of the political subdivision at the last census.

The legislative authority of the political subdivision objects to the renewal of a permit within its boundaries by filing a separate resolution for each permit with the Division of Liquor Control. That resolution must specify the reasons for the objection. These objections must be filed at least 30 days prior to the expiration of the permit and must be accompanied by a statement by the chief legal officer of the political subdivision that the objection is based on substantial legal grounds within the meaning and intent of O.R.C. §4303.292. Examples of legal grounds include but are not limited to: the owner has been convicted of a crime that relates to his/her fitness to operate a liquor permit establishment; the building where the permit is located has been declared a nuisance or does not conform to the building, health or safety requirements of the municipality; or the permit premises will cause substantial interference with the public decency, sobriety, peace or good order of the neighborhood.

HEARING BEFORE THE DIVISION OF LIQUOR CONTROL

Either party can then appeal to the Franklin County Court of Common Pleas and then to the Tenth District Court of Appeals. In theory, a party could appeal to the Ohio Supreme Court but because all liquor matters are now heard by the Tenth District Court of Appeals, there is never a conflict in the case law between courts. So it is very unlikely that the Supreme Court would take a case unless it is a novel issue.

When a municipality has a bar or carry-out that is a problem, and the municipality is notified of the renewal deadline for liquor permits within its boundaries, it is worth evaluating whether grounds exist to object to the renewal of the permit. If so, council should pass the necessary resolution, the chief legal officer should attach the required statement, and he/she should file this information with the Division of Liquor Control to start the objection process. Eventually, the municipality may be able to get rid of its punch palace.1

1 The municipality may also want to consider using ORC Chapter 3767 (known as Ohio’s “Padlock Law”) and have the local common pleas court declare the property as a nuisance.

Susan Bungard is an attorney with Walter | Haverfield’s Public Law group. She can be reached at 216.928.2917 or sbungard@walterhav.com.