by Elizabeth Bolduc and Walter Haverfield 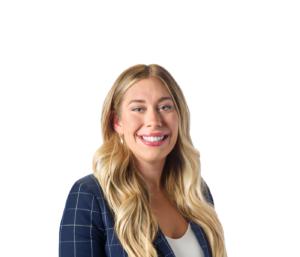 On May 6, 2021, the U.S. Department of Labor (“DOL”) withdrew the Fair Labor Standards Act (FLSA) independent contractor final rule which was approved earlier this year. In reaching this decision, the DOL explained that the rule “is inconsistent with the FLSA’s text and purpose, and would have a confusing and disruptive effect on workers and businesses alike due to its departure from longstanding judicial precedent.”

However, these FLSA protections do not apply to individuals properly classified as independent contractors.

The DOL withdrew the prior final rule after review and consideration of public comments submitted in response to its notice of proposed rulemaking. The DOL cited several reasons for withdrawing the rule, including:

• The independent contractor rule was in tension with the FLSA’s text and purpose, as well as relevant judicial precedent.
• The rule’s prioritization of two “core factors” for determining employee status under the FLSA (“the nature and degree of the individual’s control over the work” and “the individual’s opportunity for profit or loss”) would have undermined the longstanding balancing approach of the economic realities test and court decisions requiring a review of the totality of the circumstances related to the employment relationship.
• The rule would have narrowed the facts and considerations comprising the analysis of whether a worker is an employee or an independent contractor, resulting in workers losing FLSA protections.

The withdrawal of the previous final rule highlights a shift by the current administration toward more worker-friendly protections. Indeed, U.S. Secretary of Labor Marty Walsh stated, “[b]y withdrawing the Independent Contractor Rule, we will help preserve essential worker rights and stop the erosion of worker protections that would have occurred had the rule gone into effect.” The DOL does not plan to issue a new independent contractor rule at this time, and instead will rely on prior precedent.

If you have any questions regarding your obligations under the FLSA or whether your workers are properly classified as independent contractors and/or employees, feel free to contact us here.

Rina Russo is a partner at Walter | Haverfield who focuses her practice on labor and employment law. She can be reached at rrusso@walterhav.com or at 216-928-2928.

Elizabeth Bolduc is an associate at Walter | Haverfield who focuses her practice on labor and employment law. She can be reached at ebolduc@walterhav.com or at 216-658-6218.