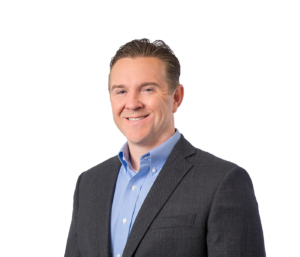 Are you having difficulty finding a liquor permit to transfer in your city, village or township? It’s a common problem. Oftentimes, all of the permits are taken because the liquor permit quota in a particular area is maxed out.

However, there is another way to get a liquor permit into a municipality when all of the quota permits are taken and no special permit is available. Ohio has long had a way to transfer a permit from one community to another, and the process has recently been made easier. It is known as the “TREX.”

The Economic Development Transfer (“TREX”) is the transfer of a liquor permit into an economic development project. Spelled out in Ohio Revised Code §4303.29(B)(2)(b)(i), TREX is intended to help those areas of the state which have an over-issuance of permits by allowing transfers of permits from other areas of the state. Put differently, a liquor permit can be bought from a seller in one area of the state and transferred to the buyer’s area, regardless of municipal boundaries.

Of course, to break the quota rules in this fashion, the state requires that the municipality to where the permit will be transferred endorse the transfer in writing. (Both businesses seeking to obtain a permit through the TREX system and municipalities should be aware that even if the political subdivision signs the TREX form, it can still object to the transfer under O.R.C. §4303.26). The buyer is also required to demonstrate that the project is an economic development project.

According to O.R.C. §4303.29(B)(2)(b)(ii), the factors that may be used to determine whether the project is an economic development project include:

It is the buyer’s responsibility to locate and purchase the permit, and the Division of Liquor Control recommends that people consult with attorneys for that process. Experienced attorneys who handle Ohio liquor law matters can typically locate a permit for purchase in mere days.

Upon filing of the TREX application, the superintendent of the liquor control will determine if the existing or proposed business that is seeking a TREX qualifies as an economic development project. If so, the transfer will be approved and proceed.

John Neal is an attorney at Walter | Haverfield who focuses his practice on state and federal liquor permit licensing as well as the licensing of Ohio’s new medical marijuana industry. He can be reached at jneal@walterhav.com or at 216-619-7866.

Mitigating risk in M and A transactions
Scroll to top