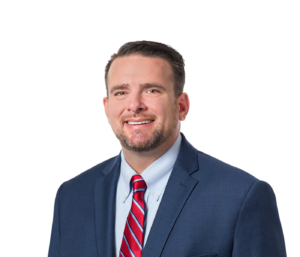 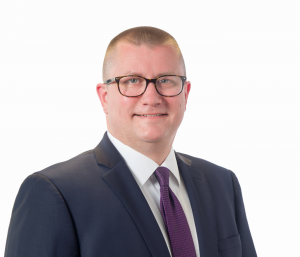 In Kenneth Johansen v. Bluegreen Vacations Unlimited, Inc., the U.S. District Court for the Southern District of Florida held that a putative class plaintiff’s “deceptive and dishonest tactics” disqualified him as an adequate class representative under Rule 23(a), impacting the right of consumers to bring class action claims in federal court. This decision may be applicable to a broad range of federal class action litigation, including but not limited to TCPA claims, where it can be shown that the plaintiff is engaged in deceptive and dishonest tactics in order to manufacture a claim.

At issue in the case were nine calls made by defendant’s subcontractor to plaintiff’s telephone number listed on the National Do Not Call Registry. Mistaking the plaintiff for a different customer, the representative stated she was calling the plaintiff about a vacation package purchased in 2010.  The plaintiff falsely posed as defendant’s customer representing that he was interested in defendant’s services, which resulted in additional calls. At the conclusion of the final and ninth phone call, the plaintiff notified the representative that he had registered his telephone number on the Do Not Call Registry and stated his desire to no longer receive calls. Had the class been certified, the number of telephone calls associated with the putative class could have exceeded 280,000.

The Court found that the putative class plaintiff was a serial Telephone Consumer Protection Act (TCPA) filer, filing 60 lawsuits since 2014 and raking in approximately $60,000/year from TCPA lawsuits.  The plaintiff admitted that it was his “typical practice to pose as a customer” when receiving telemarketing calls, and to confirm “whatever information a telemarketer has on [him], whether accurate or not” in order to prolong the call and increase his damages. The plaintiff admitted that his conduct was deceptive, but testified that he “believes deception is an appropriate behavior for a class representative.”

The Court noted that class certification under Rule 23 is a two-step process.  First, under Rule 23(a), the plaintiff has the burden of showing: (1) the class is so numerous that joinder of all members is impracticable; (2) there are questions of law or fact common to the class; (3) the claims or defenses of the representative parties are typical of claims or defenses of the class; and (4) the representative parties will fairly and adequately protect the interests of the class. These requirements are commonly referred to as “numerosity, commonality, typicality, and adequacy of representation.” Second, the putative class must also satisfy one of the three additional requirements of Rule 23(b).

The Court held that the plaintiff failed to satisfy the threshold issues of typicality and adequacy requirements of Rule 23(a). As a result, the Court held there was no need to address the issue raised regarding the “predominance” test of Rule 26(b)(3) – whether “questions of law or fact common to class members predominate over any questions affecting only individual members” – and the plaintiff’s motion for class certification was denied.

The Court found that the plaintiff’s intentionally deceptive conduct was “inherently different” than other class members “who presumably did not use similarly deceitful methods,” and precluded any finding of typicality. Moreover, the Court noted that the plaintiff’s deceptive conduct raised questions about whether his injury was “fairly traceable to the challenged action of the defendant,” thus calling into question whether the plaintiff has standing to bring any action at all.

Regarding the plaintiff’s “adequacy of representation” and relying on a previous N. D. Ga. ruling in In re Scientific-Atlantic, Inc. Secs. Litig., the Johansen court held that the Court “may consider the credibility, honesty, and trustworthiness of a proposed class representative … provided that any concerns regarding the proposed representative’s adequacy are relevant to the litigation.” The Court found that “the honesty of a class representative matters” because of their role as a fiduciary, and dependence of class members on their diligence, wisdom, and integrity – all of which were lacking due to the plaintiff’s “typical practice” of engaging in deceptive conduct to prosecute TCPA claims.

Benjamin D. Carnahan is a Partner and Jason Wright is an Associate in Walter | Haverfield’s Consumer Finance Defense team. They can be reached at bcarnahan@walterhav.com, jwright@walterhav.com or at 216-781-1212.

Print / Save to PDF
New COVID Vaccination Rules for Businesses That Hold Federal Contracts or S...