by Russell Rendall and Jennifer Whitt 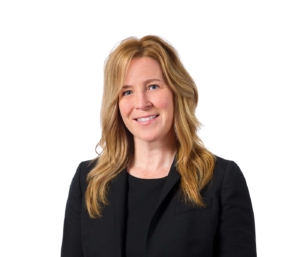 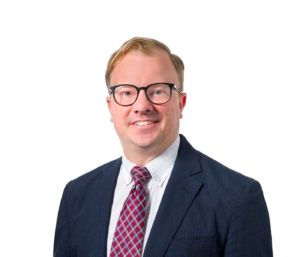 On January 13, 2022, the United States Supreme Court blocked the Occupational Safety and Health Administration’s (OSHA) Vaccination and Testing Emergency Temporary Standard (ETS) for private employers with 100 or more employees. The ETS would have applied to approximately 84 million workers. The Court also, in a separate, but simultaneous ruling, allowed the Centers for Medicare & Medicaid Services’ vaccine mandate for health care workers to go into effect.

OSHA’s ETS required covered workers to receive a Covid-19 vaccine with an exception for workers who obtained a medical test each week at their own expense and on their own time, and also wore a mask each day. Neither OSHA nor Congress ever issued such a mandate. Many states and businesses challenged OSHA’s mandate in Courts of Appeals across the country. The Fifth Circuit entered a stay of the ETS. The stay was eventually lifted, and the mandate was allowed to take effect when the cases were consolidated before the Sixth Circuit. In an attempt for emergency relief from the Supreme Court, applicants argued that OSHA’s mandate exceeded its statutory authority and the Court agreed, once again staying OSHA’s vaccine mandate. The Supreme Court expressed concern as to the lack of historical precedent for such a mandate coupled with an expansion of OSHA’s breadth of authority to regulate public health. “Permitting OSHA to regulate the hazards of daily life-simply because most Americans have jobs and face those same risks while on the clock-would significantly expand OSHA’s regulatory authority without clear congressional authorization.” However, even though OSHA’s mandate made no distinction based on industry or risk of exposure, the Court noted that where the virus poses a special danger because of an employee’s job or workplace, more targeted regulations could be permissible.

In keeping with the idea of permissible targeted regulations, the Supreme Court also issued a separate decision allowing the health care worker vaccine mandate. That mandate, issued by the Department of Health and Human Services (HHS), requires health care workers at facilities that receive Medicare or Medicaid funding to be vaccinated against COVID-19, absent a medical or religious exemption. The mandate faced a number of legal challenges, and enforcement was blocked in 24 states pursuant to federal district court injunctions. In contrast to the decision regarding OSHA’s large private employer mandate, the Supreme Court ruled that HHS may proceed with its health care worker vaccine mandate and stayed the injunctions blocking enforcement. HHS is responsible for ensuring the health and safety of patients who receive care through Medicare and Medicaid funds, and thus it may impose conditions on facilities receiving such funds. The Court explained that, given the highly contagious and dangerous nature of COVID-19 and the risk of transmission from health care workers to patients, HHS acted within its statutory authority to mandate vaccination of such workers.

As for next steps, technically, the Supreme Court only decided if the mandates would go into effect. However, the writing seems to be on the wall even though challenges are still pending before the courts of appeals.

Also, private employers may still require vaccine and/or testing mandates in lieu of the Supreme Court’s ruling. Please consult one of our Labor and Employment attorneys before doing so.

Jennifer Whitt is a partner at Walter | Haverfield who focuses her practice on labor and employment law. She can be reached at jwhitt@walterhav.com or at 216.928.2921.

Russell Rendall is senior counsel at Walter | Haverfield and focuses his practice on labor and employment law. He can be reached at rrendall@walterhav.com or at 216.658.6237.