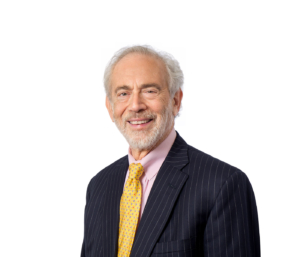 As anticipated, President Biden’s National Labor Relations Board (NLRB) has been openly active regarding support of unions and unionization. On February 1, 2022, NLRB General Counsel Jennifer Abruzzo (The General Counsel is essentially the prosecutorial arm of the NLRB) issued a memorandum (GC22-02) directing regional offices of the agency to seek federal injunctive relief if the regional office believes employers engaged in “unlawful threats or other coercive activity” during union organizing campaigns.

This extraordinary right to seek federal injunctive relief is found in section 10(j) of the National Labor Relations Act. While on the surface it may appear that union organizing is on the rise in some industries, such as hospitality (i.e., Starbucks) and warehousing (i.e., Amazon), union membership and participation is at its all-time low, only about 6% of the private sector workforce.

During the Trump era, the NLRB was relatively quiet in “assisting” unionization through use of injunctive relief.  However, NLRB’s General Counsel is on record that the agency will strictly scrutinize employer actions that it considers “coercive or threatening” during union organizing campaigns. The NLRB has found that during unionization campaigns, statements threatening to close facilities as result of union representation, terminate employees, eliminate or increase employee benefits, or implicate the immigration status of employees are “hallmarks” of destructive anti-union activity. However, what is unique to the General Counsel’s memorandum is that she is directing the regional offices to seek injunctive relief based on the mere threat, rather than wait for the threat to actualize, reasoning that “threats . . . often lead to action.”

Most small to intermediate-size companies do not have an active “pro-company” program. In fact, most companies just have a statement in the employee handbook regarding union activity and almost nothing in the way of positive reinforcement on a regular basis. In the past several years, a simple handbook statement may have been enough due to the lack of union organizing activity. Clearly, that is no longer the case! Management from the top to the first-level supervisor must be engaged in the pro-employer process.

Untrained supervisory employees (not to mention aggressive entrepreneurs) often make statements during union organizing that may be easily interpreted by the employees—and more importantly, the NLRB—as threatening. Such loose and untrained lips can prove to be very costly.  We know that unions are gearing up for organizing. Consequently, it is critical to review your “pro-company” policies and develop more modern and effective strategies to maintain union-free status and prepare for the potential tidal wave of union activity.

Marc J. Bloch is a partner in the Labor and Employment Services Group of the Ohio-based law firm of Walter Haverfield LLP.